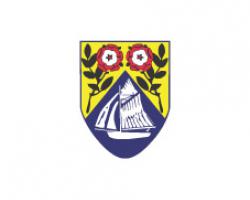 Morecambe 0-2 Exeter: Match Report - view commentary, squad, and statistics of the game as it happened.Nichols sinks ShrimpsTom Nichols stepped off the bench to help fire Exeter into the top 10 of League Two as they won 2-0 at Morecambe.The substitute kept a cool head to net his first goal since the opening day with a minute remaining to seal their sixth win in their last eight league games.Paul Tisdale's in-form outfit had taken just nine minutes to break the deadlock

Christian Ribiero's deep cross from the right wing was headed into his own net by Shaun Beeley.Only the reactions of goalkeeper Scott Davies, back at his former club on loan from Fleetwood, stopped a City second six minutes later after Matt Grimes' inviting free-kick was almost nodded in.Davies then made a top-drawer stop in the 30th minute to deny the visitors a memorable second after David Wheeler stooped to meet Craig Woodman's inch-perfect cross.Beeley went some way to redeeming his own-goal gaff by denying Exeter second on the hour mark, the right-back clearing Wheeler's drive off the line after keeper Davies had pushed Graham Cummins' shot into the winger's path.The Shrimps sent on Paul Mullin and Padraig Amond in a bid to earn their second 1-1 draw of the week and their tails were up after Jack Redshaw forced Christy Pym into a smart parry with 10 minutes to go.After Nichols' introduction he saw his header kept out by Davies before he timed his run perfectly to meet fellow substitute David Noble's through ball to seal the points